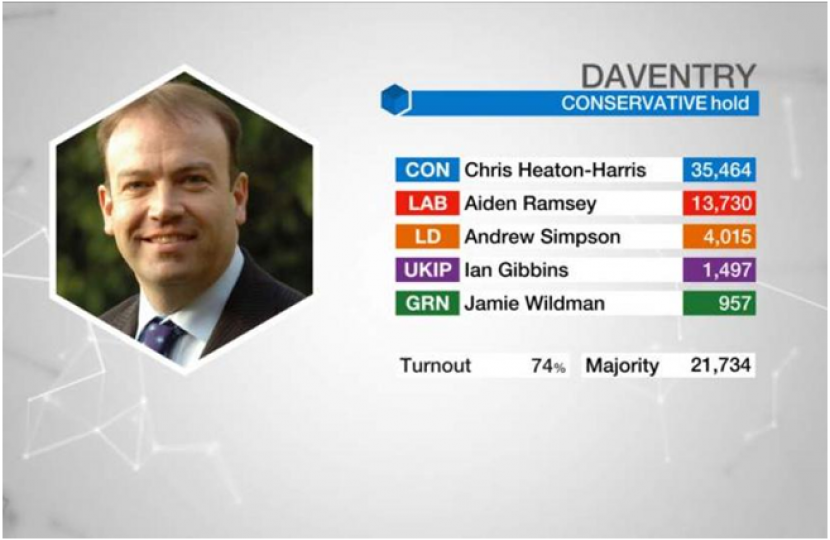 Chris Heaton-Harris was re-elected Member of Parliament for Daventry for the  time inhird the recent 2017 General Election. He received nearly 5000 more votes than in the 2015 General Election, attaining over 35000 votes, and has increased his vote share by 5.5%.

In response to the results, Chris stated “I’m very pleased and I’d like to thank the people of Daventry for putting their trust in me again. It’s quite humbling to receive anyone’s vote and to get 35000 is quite something.”

The complete results for Daventry were as follows: