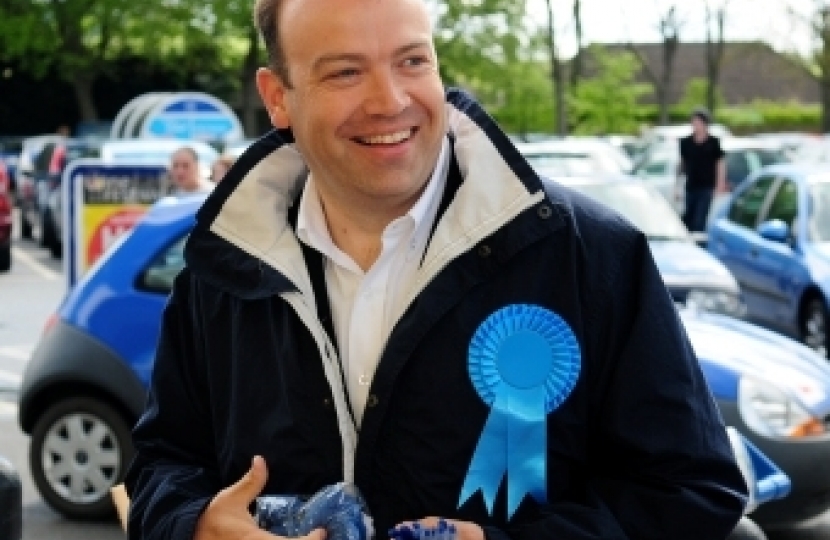 Chris Heaton-Harris, who was first elected to the new Daventry seat in 2010, was returned on Thursday 7th May with an increased majority.

The results of the election were as follows;

Chris has now increased his majority to just over 21,000.