Member of Parliament
Parliamentary Secretary to the Treasury (Chief Whip) 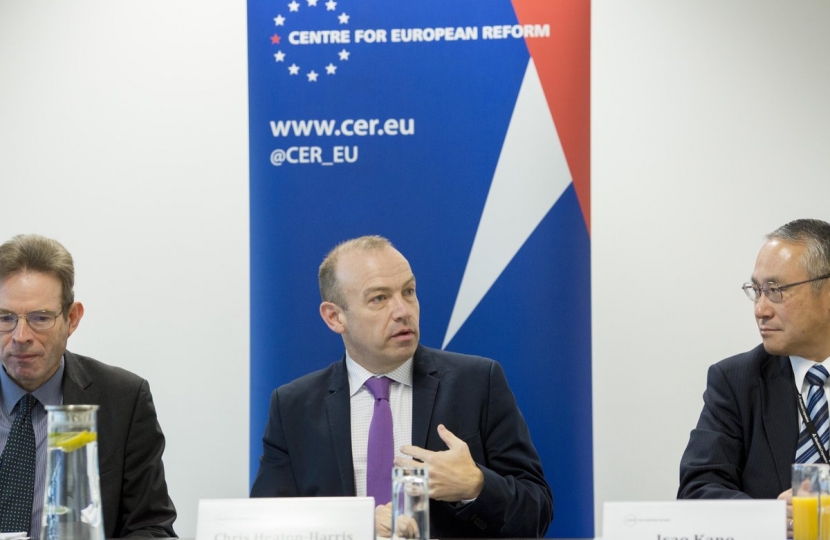 About Chris our Member of Parliament for Daventry:

He lives in Pitsford, in his constituency with his family.

Before entering politics, Chris joined and eventually ran his family’s business – a wholesale fruit and vegetable company based in New Covent Garden Market for eleven years.

He is an active and qualified football referee and has been officiating the game at different levels for over 32 years. He currently referees on the Northamptonshire Combination League and is President of Earls Barton Football Club. Chris is well known within football locally, nationally and internationally.

Until recently, Chris was Chair of the Northampton Theatres' Board of Trustees, which oversees the Royal and Derngate Theatres in Northampton.

In the 2009 European Elections, he was named by the “Taxpayers’ Alliance” as being the MEP on mainland UK that was the most “hard-working, committed to transparency and accountability”.

Between July 2009 and April 2010, Chris set up and was Chairman of the EU Sports Platform, which provided a voice for dozens of national and international sports governing bodies and individual teams and clubs in Brussels.

As a backbencher in Parliament, he constantly raised the problems surrounding the very emotional subject of Stillbirth in Parliament and was active in trying to get “selective dorsal rhizotomy” (SDR) routinely commissioned by the NHS. SDR is a life-changing operation that massively increases mobility for many children with cerebral palsy.

A fierce Eurosceptic, Chris was Co-Chairman of the Fresh Start Project – which sought to renegotiate a new relationship for the UK in the European Union, he was Chairman of the European Research Group of Conservative MPs and coordinated the letter to the Prime Minister, signed by 105 other MPs, that asked for a drastic cut to onshore wind farm subsidies and as well as coordinating the campaign in parliament to achieve this cut.

He is an advocate of smaller government and responsible public spending. He was one of the authors of "Direct Democracy" and is a passionate "localist".

Chris was promoted to Assistant Government Whip in June 2016, with a brief in the Cabinet Office and the Department for Education, where Chris was responsible for pushing government business through the House and for Friday business in the Commons and Private Members’ business.

In June 2017, Chris was again promoted to a senior position within the Whips Office, holding the title of 'Vice Chamberlain of the Household'.

In January 2018 Chris was promoted yet again, this time to the role of Controller of Her Majesty’s Household. The prestigious title has existed since medieval times and means that Chris will continue in his duties to assist in the organisation of the Conservative Party’s contribution to Parliamentary business.

In July 2018, Chris left the Whips office when he became Parliamentary Under Secretary of State at the Department for Exiting the EU (DExEU), working as part of the team delivering on Brexit. This involved coordinating and delivering on policy, contingency planning as well as secondary legislation. He also supported DExEU as they worked to establish international agreements and trade, thereby forming the future relationship between the UK and EU.

However, in April 2019 after much contemplation, Chris decided to leave Theresa May's Government. He was very grateful to be given the opportunity to serve the UK in his ministerial role and will continue to represent constituents as the Member of Parliament for Daventry from the backbenches.

On the 25th July 2019 Chris was honoured to be asked to serve in Government during this pivotal period in politics and was appointed as a Minister of State at the Department for Transport. His brief includes; EU Exit Planning, rail, cycling and walking policy.

On 19th December 2021, Chris was honoured to be appointed as Minister of State for Europe in the Foreign, Commonwealth and Development Office (FCDO), during a pivotal period in diplomatic politics. His responsibilities include European Trade and Cooperation Agreement negotiations, including the Northern Ireland Protocol, as well as general European and Russian affairs.

Whilst his role in politics has somewhat changed overtime, his commitment to the constituency of Daventry has not, and he will continue to represent the people of Daventry to the absolute best of his ability.

What does an MP do?

The UK public elects Members of Parliament (MPs) to represent their interests and concerns in the House of Commons. There are 650 MPs, each representing one area of the country called a constituency. MPs work in Parliament on behalf of all the people in their constituency – even those who did not vote for them. MPs are involved in considering and proposing new laws and can use their position to ask Government Ministers questions about current issues.

In broad terms, MPs split their time between working in Parliament itself, working in the constituency that elected them and working for their political party. Duties in Parliament include participating in debates in the Chamber and Westminster Hall and voting on legislation and other matters. Many members are also involved with Select Committees.

Is Chris your MP?

Find out if Chris is your MP at www.parliament.uk.

What an MP can do for you?

The main roles of a Member of Parliament are to review legislation and to represent local interests in Parliament at Westminster. In the House of Commons, MPs scrutinise legislation, attend debates and committees, and generally protect, advocate and promote the interests of their constituency at a national level.

In the constituency, MPs support local community groups, publicise local issues and endeavour to help constituents resolve any issues that they have by making representations on their behalf and ensuring that their cases are clearly presented. In general, they can help with any issue over which Parliament, a Central Government Department or an Agency has responsibility – including the Home Office and the UK Border Agency, the Ministry of Defence, the Foreign Office, the Department of Health, the Department of Work and Pensions and HM Revenue and Customs.

MPs are not able to solve every problem. They cannot obtain preferential treatment for you or seek to get results outside of the relevant laws or rules. Furthermore, they cannot help with private disputes with other individuals or interfere with court decisions.

MPs can help you with all matters for which Parliament or Central Government is responsible, such as:

If your problem concerns the Council you should – in the first instance – contact the relevant Council department or service directly. If this does not resolve the matter, you should then approach your local District & County Councillor.

They manage the following services:

There are also Parish and Town Councils, which are the most local level of Government. They are independent but work closely with both the MP and District & Borough Councils. If you are unsure of who to go to or you have a problem of a more general nature then your nearest Citizens’ Advice Bureau will be able to guide you.

What is the difference between an MP and a Councillor?

A local Councillor whether town, district or county, represents a ward on their respective Council. An MP represents the whole constituency at Westminster. Councils have responsibility for areas such as education, social services, rubbish collection, and planning all at a local level. An MP debates and votes at Westminster on legislation concerning national and international issues – such as climate change, defence, law and order, economic policy, and health.

Who forms a Government and how?

It takes 326 MPs to form a Government outright. If no party secures this number then the leader of the largest party is usually invited by the Monarch to attempt to form a Coalition with other parties. If no party can form a Government then the largest party can attempt to govern with a “minority government”. However, if the Government loses a vote of confidence in the House of Commons (which it is obviously easier to do if the Government relies on others for its majority) then another election must be held.

A Select Committee is a small group of MPs who are elected by all the other MPs to examine the work of either a specific Government Department or issue. Committees consider policy issues, scrutinise the work and expenditure of the Government, and examine proposals for primary and secondary legislation. They gather written and oral evidence and publish their findings.  The Government then usually has 60 days to reply to the committee’s recommendations.

What are All-Party Parliamentary Groups (APPGs)?

All-Party Groups (APPGs) are informal cross-party groups that have no official status within Parliament. They are essentially run by and for members of the Commons and Lords, although many groups involve individuals and organisations from outside Parliament in their administration and activities.

To find out more visit: http://www.parliament.uk/about/mps-and-lords/members/apg/.

How do I find out more about Parliament?

If you would like to find out more about Parliament visit http://www.parliament.uk/ 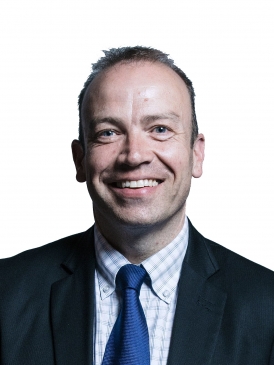