On the Campaign Trail with CHH and Rupert Matthews MEP 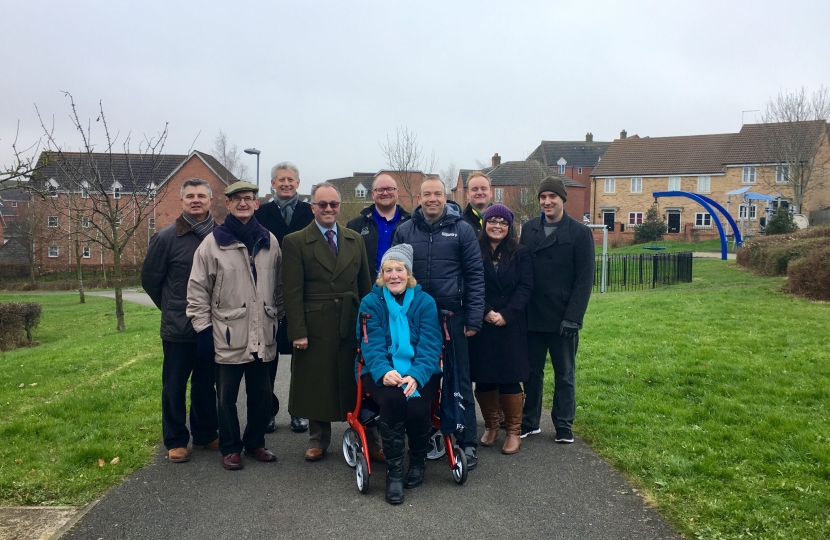 This Saturday Chris Heaton-Harris MP and a Team of Daventry Activists were joined by Rupert Matthews MEP (Members of the European Parliament).

Rupert was only appointed to the European Parliament this June following the resignation of one of our Conservative MEPs for the East Midlands. On top of getting stuck into his role in Brussels, Rupert is doing a fantastic job of visiting all the Constituencies in the East Midlands and this weekend joined us in Daventry for a day of knocking on doors and listening to views on the Middlemore Estate in Abbey North, Daventry.

Despite the cold whether and large numbers of people out doing their Christmas shopping we were able to have dozens of helpful conversations with local residents. As well as an MEP and MP out campaigning the team included 5 local Councillors; Cllr Adam Brown, Cllr Rob Gough, Cllr Amy Howard, Cllr Wayne Howard and Cllr David James who between them represent both Daventry District Council and Northamptonshire County Council so between the team we were able to provide assistance to almost all of the queries which were raised on the door steps!

You can find out more about Rupert Matthews and by visiting his website HERE or if you would like to join us on another campaign day please send an email to agent@wnc.uk.com and we will keep you informed.